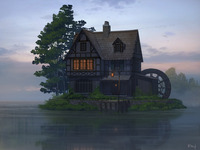 Welcome to Anon.cafe’s /shelter/. This board allows displaced anons from disrupted, temporarily offline, deplatformed, or destroyed boards across the webring to shelter and regroup. Please make one thread per site, board, or other logical group to make it easier for anons to find each other. General threads called /shelter/ General will also be maintained. Please search the catalog at https://anon.cafe/shelter/catalog.html and check the /shelter/ General threads before making a new thread. The global rules apply as always. This board is SFW; please do not post adult content. Please do not spam or shill; /shelter/ is for sheltering, not recruitment. 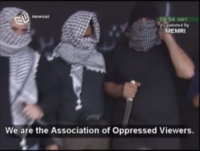 /christian/ is in a sorry state. the BO is staying silent while a ridiculous lolcow namefag moderator antichrist shits up the board, as other anons have pointed out there are major issues going on. -the namefag mod seems to be very terminally online, making many many posts, most threads he shows up, he's very vocal and has left many users uncomfortable with hearing him go on and on about his masturbation habits, what kind of pornography he watches while he abuses himself, the list goes on. he doesn't use his trip most of the time, compounding the issue of his antagonism of the userbase, leading to him being impersonated many times, instead of sweeping these lengthy off topic posts he leaves them in threads. -the mod and BO nearly got the entire board banned, just like /fascist/, lolcow mod antichrist was active in threads where users are discussing raiding other boards and posting cp. instead of banning them antichrist encouraged them to go ahead with the raid, leading to the global mods intervening. - post 1 in /meta/ states that discussion of the boards themselves should be posted in the relevant board's meta thread, however antichrist has decided that anybody who points out these flaws in his moderation style is simply too much for his persecution complex to handle, and has chosen to ban users who simply asked for the BO to step in, as they disagree with his judgement. after previously being warned about distrupting other boards antichrist left ban messages to users directing them to the /christian/ thread on the /meta/ board, earning himself yet another admonishment from the global mods for shitting up their board and getting the thread locked. but let's hear from antichrist, straight from the lolcow's mouth: what excuses does this swine offer for his piss poor moderation? -namefagging > i namefag as a joke lol. >to combat other namefags >want to namefag even harder just to piss you off why does this pathetic swine want to be part of an anonymous imageboard where everyone except him remains anonymous? dont like me namefagging on the board i moderate? Then filter my posts, plain and simple. (but if you bring it up i'll ban you) >says i have a persecution complex when ive literally been getting harassed by these faggots for weeks (with proof) -sliding threads with reply chains arguing with people instead of deleting legitimately rule breaking posts >while technically true, the posts youre referencing were from almost two weeks ago when i was the only person moderating the board and was under heavy stress due to literally being spammed and harassed by raiders (he conveniently leaves that detail out) >I'm the Vol, deal with it bitches. shall we deal with it /christian/bros? what do you guys wanna do? i note that the global mod had this to say >That said, we understand that users' discussion of /christian/'s meta matters are being deleted from /christian/, and we understand that they're left with no other option than to discuss it elsewhere. We can see what's going on, but it is not our role to intervene in /christian/'s board matters unless it disrupts the site as a whole or otherwise leaves the global staff with no option but to intervene. I imagine if a discussion happened where it was clear that the overwhelming majority of users found the current moderators to be behaving antagonistically and against the spirit and interests of the board something could possibly be done, outside of that a new board could be made like /christ/ back on 8chan, instead you get yours truly instead of cuckvol ;) discuss

This is /shelter/ General, a thread for all your general emergency sheltering needs. Use this thread for anything that you don’t feel needs a full thread, as a hub thread to direct incoming anons, and as a discussion thread for any matters affecting the webring as a whole. Please remain calm; keep panic and argument to a minimum here. If you want to yell at each other then do it in a site-specific, board-specific, or other specific thread. If you’re hitting this thread during an event then please be welcome. Everything will be all right. The previous thread is at >>5 and is archived at https://archive.is/MB5Kt 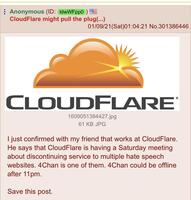 ACHTUNG! ACHTUNG! THIS IS NOT A DRILL Though pic related could be just shitposting, let's be honest here, something like this will likely be happening soon anyway. I doubt the webring is in any immediate danger because of it's obscurity and decentralized nature, but the menace of mass cuckchan rapefugee influx is a very real threat if it does go down. Everyone is advised to hold down to their butts, duck and cover and be prepared. 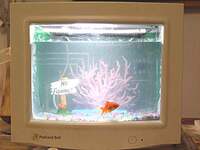 sturgeon here, somethings gone wrong with the proxy server. It's intermittent now and I'll be keeping an eye on it while I try and find the cause of the issue. I've also made a minds account : https://www.minds.com/sturgeonfish/ I'll be posting on minds once they get around to sending my confirmation email. 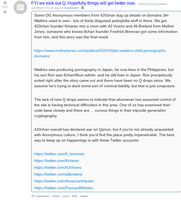 tvch down due to DDOS attack

To any anons wondering what is going on, the site is currently down to a large scale DDOS attack causing issues with our server. I have no idea when the site will be back up again, could be as long as 24 hours. Hopefully it won't take that long, but I'll keep everyone updated however I can. 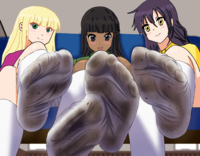 >Tor down for days >repeated posting issues >/fascist/ BO saying his email wasn't answer to owner of site Is Hoppe dead already? Get in here /monarchy/, /liberty/ and /fascist/ bros.

Welcome to the café. This thread is for general discussion. Overall there should only ever be two café threads on the board, a locked old one for archival purposes, and one live thread. Once a café thread reaches 2000 replies it shall be locked and a new one created in it's place with this pasta. 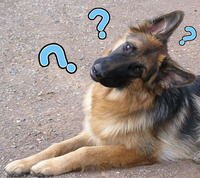 What happened to /kind/?

Is 8chan.moe down for anyone else? 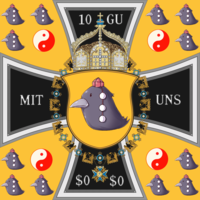 that was fast heh

wht's down 7chan ? have commies, gone to their secret bunker? If anyone knows and would care to share that whould nice Hanx's anons 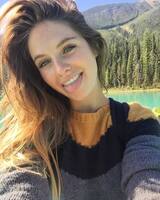 /xomy/ is down. Is it permanently or temporarily?

Is there somewhere /o/?

Is there somewhere /o/? Tell me please. 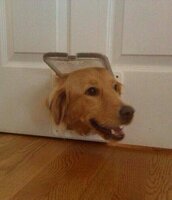 Does anyone know if julay has a new tor node? I tried to access it from the new domain name and all the circuits I tried were banned. 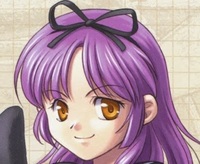 Smugloli is down. Anyone know why?

Get in here, streloks, and stop posting under the watchful eye of glowniggers. Where should we go now? 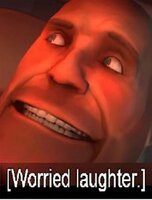 What the fuck is happening at /monster/? Why the fuck hasn't Aux done anything? Is there a posdibility to have an unlisted bunker like /kemono/? 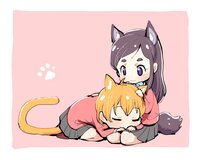 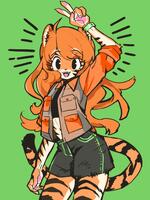 I'm making this for the kemono thread on /animu/, which may be caught in the wreckage when/if PLW/animu/ goes down due to its change in management and totally absent BO. >the fuck? The /animu/ kemono thread is one of the larger and more stable threads on the board, and most of the material is generally cheesecake at most. No porn here; I promise. The thread regulars have discussed the potential option of making a new thread/board somewherein the webring, but the fact is that there isn't a kemono board anywhere, nor a board that is feasibly close enough in subject matter for us to relocate. Thus, here we are. This thread may not be used for a little while until PLW actually implodes (and believe me, I hope it doesn't), but I wanted to have it here just in case. 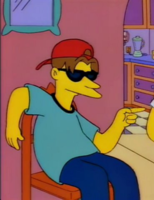 The Time Capsule AKA /retro/ and /y2k/ shelter

Figured we could have a thread for /retro/ and the /y2k/ board that was its predecessor. Hopefully we can get a full board since Julay went under 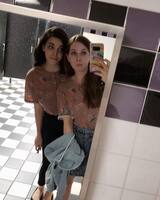 Anyone know what happened to this board? Did it just get wiped by Julay? 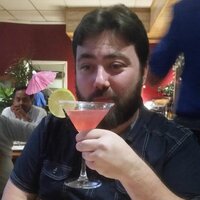 Cogent is having an autism. https://ecogent.cogentco.com/network-status My hands are tied. Should be fixed in a few hours.

INTERNET BLOODSPORTS SEMI-PERMANENT MEGATHREAD! LET THE BODIES HIT THE FLOOR! Alternate names include Jewtube™ Rationalist™ Skeptic™ Thread™ #∞ Internet Bloodsports Megathread We've had about a gajillion "Jewtube Skeptic Thread #9" threads at this point that all appear and disappear at the speed of light and nobody really gives a shit about delicately archiving the posts in them or anything, and they're beginning to clutter up the board pretty bad, so this is a compromise everyone can be happy with for the time being. Discuss all things "Internet Bloodsports" that don't necessitate their own thread here. Krautgate, skeptic drama, all the shit that fall under that umbrella. Links, Information and Lore: Full Timeline https://pastebin.com/1yjbjeaT http://archive.is/dM1kQ (Backup from April 2nd 2018) Archived Threads: https://pastebin.com/Hrtcp4QR http://archive.is/MtOiZ (Backup from April 2nd 2018)

This is /shelter/ General, a thread for all your general emergency sheltering needs. Use this thread for anything that you don’t feel needs a full thread, as a hub thread to direct incoming anons, and as a discussion thread for any matters affecting the webring as a whole. Please remain calm; keep panic and argument to a minimum here. If you want to yell at each other then do it in a site-specific, board-specific, or other specific thread. If you’re hitting this thread during an event then please be welcome. Everything will be all right.

I just woke up and smug is down. If anyone survived the bombs falling, has it been down long?

Do you think 8chan is ever coming back?

Anyone know what the fuck happened?
Open

Getting through the week alright? Enjoying the season? We're going to be stress testing the backup streaming server courtesy of anon.cafe's BO holding a small weekday stream over here.
Since this isn't the regular stream, you'll have to redirect your music player over to: http://radio.anon.cafe:8000/stream.m3u

We'll be playing Shibayan records bossa nova CDs, but you are welcome to make /r/s. I'm gonna hit the showers and make some dinner here, this is a lazy stream tonight.

Smug is kill. Hijacking /cafe/ for r/a/dio until we figure something out. Spread the word.